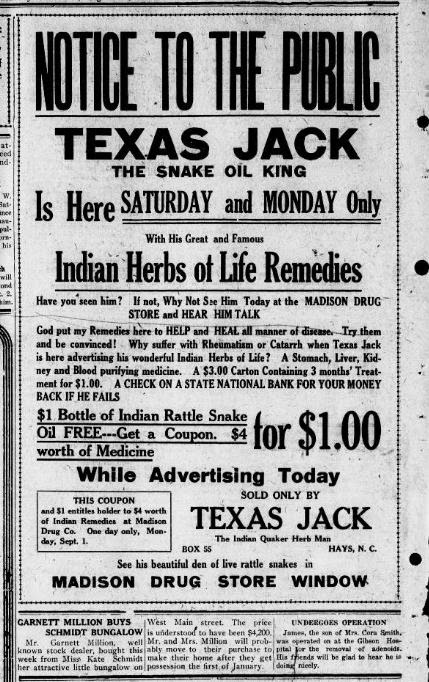 
Snake Oil and Snake Oil Salesman are two great expressions from the 1800’s that are still around. 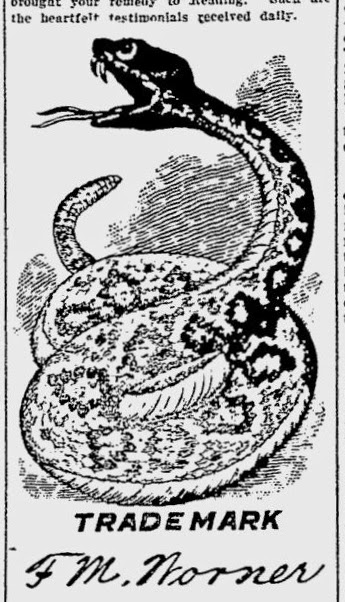 Before the East Coast of America became so populated, rattlesnakes were found in abundance in New York, Pennsylvania, the Delaware water gap area of New Jersey and the Carolinas.  The Indians supposedly treated rheumatism, croup, arthritis and other joint pains with the oil from rattlesnakes or grease made from rattlesnakes. Early pioneers picked up on snaked oil from the various Indians who practiced this art and the making of snake oil became a small scale seasonal occupation craft practiced where rattlesnakes were abundant.

Much like whalers who would boil down blubber to make whale oil, the snake hunters would capture the snake and boil it down for the oil.

Perhaps the best way to describe how rattlesnakes were converted to oil is to look at various newspaper accounts of the process in the 1890’s thru 1900’s.

Cyrus J. Brownell of Worcester, Mass. Had a snake farm of about 1700 snakes,  “A fat snake five feet in length ought to produce about seven ounces of oil.” The article goes on to say that snake oil sold for a dollar an ounce.

made from the leaves of fat that lie each side of the backbone in much the same position as the leaf tallow in a beef.  The leaves are fried out exactly as tallow or lard is and a good fat snake will produce about a half pint of clear, almost colorless oil.

Dell reeves of Portland Conn. Snake charmer and hunter.  Made oil from the eggs and the snake by;

Boiling the eggs night and day until an oily substance appears on the water this skimed off and put in a kettle a little water is added and the kettle is heated to produce steam which feeds into still (similar to a whiskey still) and the result that is distilled is pure snake oil.


Delightful story of rattlesnake Tom and the catching of snakes and making oil in Tiadaghton PA.


In Chinatown; pour half a gallon of alcohol into a two-gallon jar, in which the rattlesnake is imprisoned.  The reptile dies for want of air after a few hours. Left in the bottom of the jar for six months the alcohol is carefully removed and dulited with another substance and sold in the market. 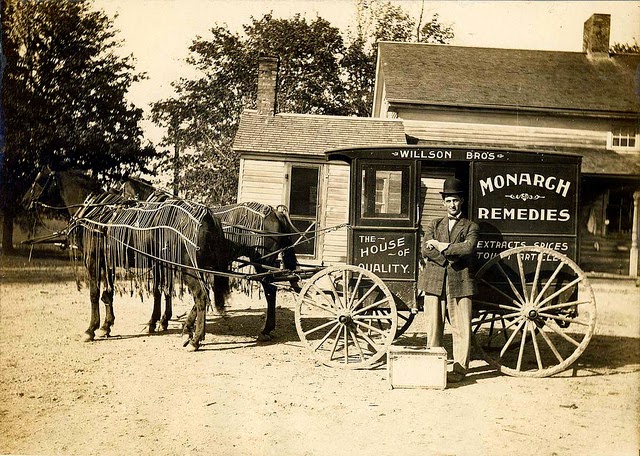 Catching and making of Snake oil is but one phase of the business, selling is the main part of it. 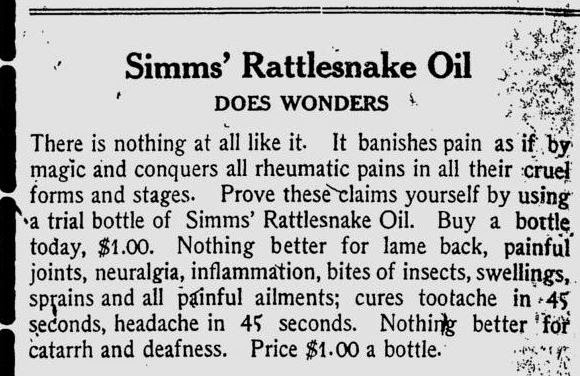 “Snake Oil salesman” does the images of fast talking pitch artist come to mind, plus of course politicians, government employees, TV hucksters, and carnival sideshows?  In the early 1800’s snake oil sales was the area of the local druggist, who actually compounded his formulas and sold them locally.  By the late 1800’s and 1900’s, as the horse and buggy era closed down, snake oil and patent medicines hit an all time high as the expansion of newspapers and cheap advertising became available.  Hitting an area with newspaper advertising followed up by an advance man a medicine show would arrive with band and Indians and a few “employee” in the crowd to make testimonials and buy a few starter bottle sales.  Of course if you didn’t have the medicine show the snake oil was sold thru a drug store or by mail.  By the 1890’s very little of the so called snake oil sold had any snake oil in it.  By 1906, lead by Collier’s magazine, the US Congress approved the Pure Food and Drug Act of 1906.  This didn’t stop the sale of snake oil it just said you had to list the ingredients on the bottle. 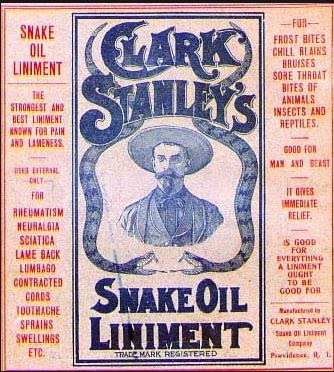 The Snake oil vs Pure Food and Drug Act case that got the most attention was  Stanley’s Snake Oil Liniment.  Clark Stanley, aka The rattlesnake King claimed he had learned the healing powers and rendering process from Hopi Indians. He received even more attention in the 1893 World exposition in Chicago when he pulled a rattle snake out of a sack, slit it open and boiled it in a pot, making snake oil on the spot.    Long story short when the FFDA did an analysis on Stanley product it was found to contain no snake oil and he was fined $20.00.

After the food and drug administration trail, the labels changed to formerly known as snake oil.
Today science is still investigating snakes and their components.  In the Oct 2, 2013 Atlantic http://www.theatlantic.com/health/archive/2013/10/for-heart-health-snake-oil/280172/ 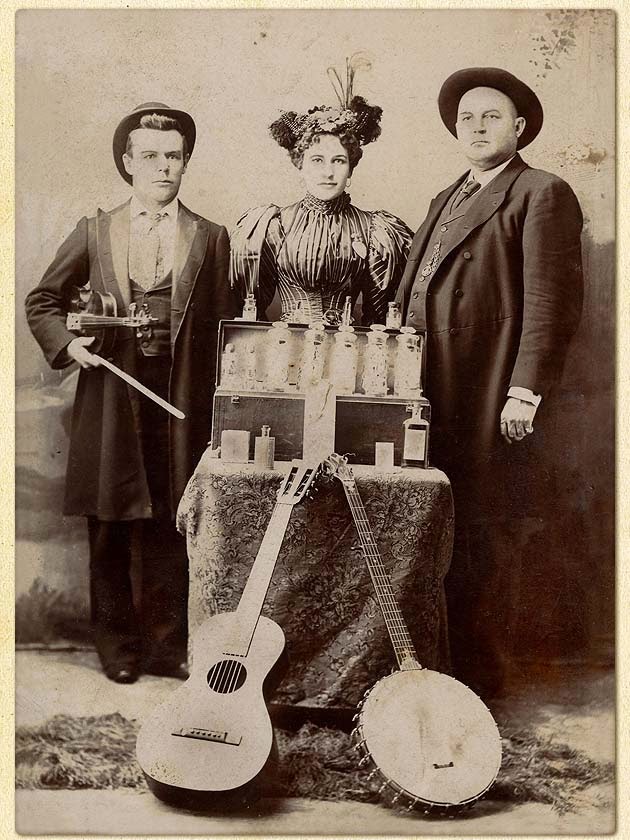 an article is about research at the University of Colorado and their study of Python plasma and it’s possible use on human hearts.